The SHOCK of the sense of LOSS

Posted on April 3, 2013 by davesdemolitiondiaries

Unfortunately my Father became ill in the early 1980`s. Then on Saturday 15th December 1984, I had been to Leeds, with my son Darren, to see Blues play and beat Leeds United (1 0) on a very cold and foggy day. At 9:15 that evening I received a phone call, at home, from the Police advising that there had been a fireball explosion in our Depot, they needed me there as quickly as possible. I was shocked at the devastation, offices destroyed, boundary walls and adjacent premises totally obliterated, some of the machines and transport badly damaged, Police and Fire Brigade searching for any one that may be trapped in the destruction, I could not bear to tell my parents what had happened, but before I went home in the early hours of Sunday, I called to see them to give the bad news, the premises were secured, everyone had gone home. 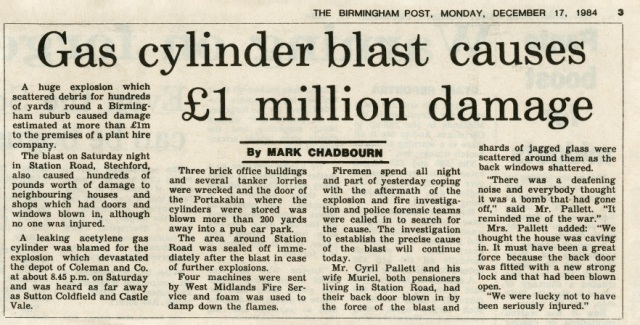 On Sunday a few of us returned to salvage what we could and make things safe, that was when the Fire Chief told us that it appeared that EPL International had a battery on charge in a sealed site safe container, where they had also stored and used Oxy-Acetylene cutting gear, the bottles had not been switched off after use, the Acetylene had leaked, the sealed container filled with gas, when the battery that was on charge, when charged it sparked igniting the gas thus causing the devastation. One of the doors off the container was blown some 400 yards landing on the car park of the Manor House Public House opposite our depot; it took 4 men to lift that door, which demonstrated the force of the explosion.

Monday and Tuesday 17th & 18th December was taken up with insurance, salvage and general tidy up. I refused to take my father to the Yard due to him not being well. On Wednesday 19th my father insisted, indeed was adamant, that I show him what had happened, as I drove him through the gates I felt his heart and spirits sink to a low that I had never seen or witnessed before in a man of such strong character and determination. I decided to take him to some of the jobs that we were doing, including the Rabone Chesterman works in Hockley, where he met a few of the guys, including Pat Maloney, a hard working Irishman, who had worked for Coleman for many years, becoming an honest friend until the sad day of his passing.

My father and I chatted about many things, I told him that Coleman`s would recover, that we would build new offices and depot to be proud of, on OUR site, I told him that I had booked seats in a private box at St Andrews to see Blues play Nottingham Forest on Boxing Day, (a first division match Blues losing 1  0, to a crowd of 10378) he was pleased but did comment that ”they never came to see me when I was bad” at that time Blues WERE bad. He said that he would look forward to the day with family and Grandchildren. I dropped dad off home for lunch, and then returned about my duties, as was usual I called to see my parents that evening, as I did every evening, to ensure that they were OK. Dad was still very upset that such a thing could happen, I could see the distress in him, my assurances were of little significance. After a few hours I went home. 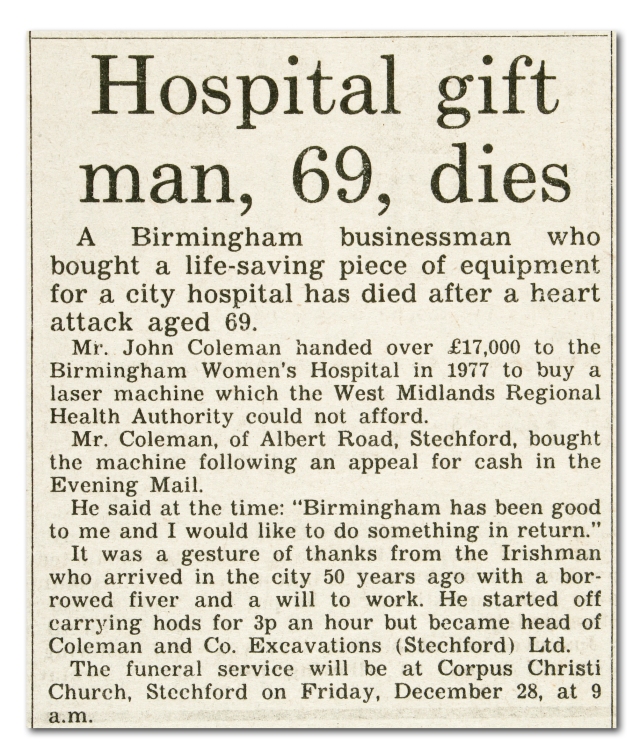 In the early hours of 20th December 1984 I received a phone call from my mother, all she did was say my name, I replied that I would be right over. John Edmund Coleman had died aged 69 years. The shock and upset was then and still is impossible to describe, the loneliness of having lost my mentor, the dad who was my best mate, who taught me the values that are still in Coleman & Co today, a keen Blues (Birmingham City) supporter, we went to many games together, home and away, I from the early age of 5 or 6 years crawling under the turnstile, until I had my own seat, right up to the late 1970`s am proud to say that we shared many very happy hours that are now such wonderfully happy memories. But I also have many “other memories” school reports were always a sore point (ouch), when things went wrong it was always my fault, I never did enough or did what I did, do correctly! It was all part of the valuable apprenticeship in life, impossible to price.

After the funeral we were into a new year. We adopted the spirit of Dad in “off we go again”, that`s what he would have wanted. 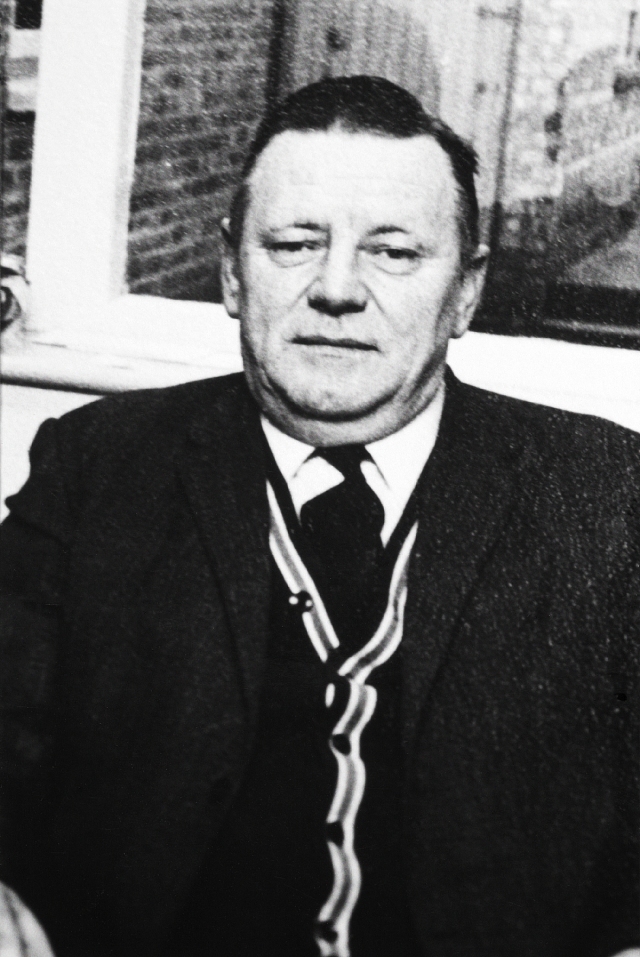 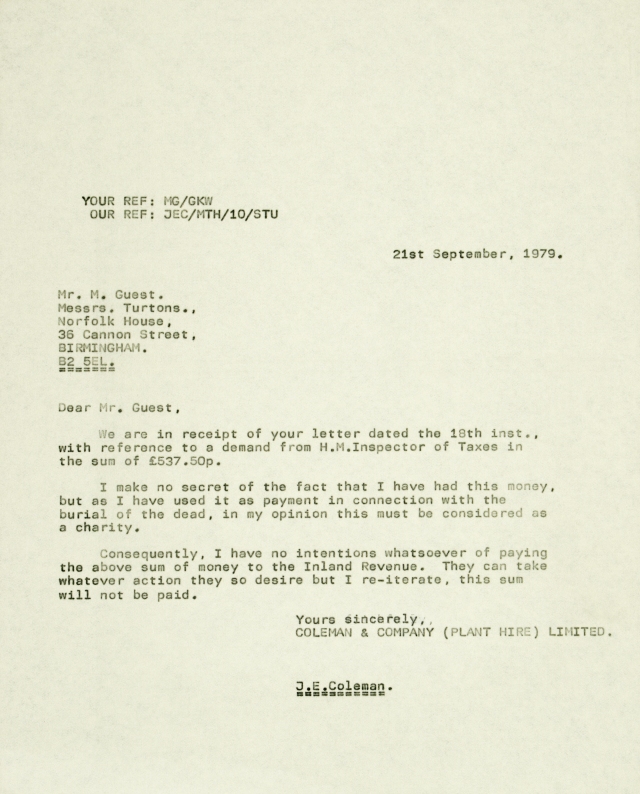 This entry was posted in Family Business. Bookmark the permalink.