Posted on March 27, 2013 by davesdemolitiondiaries

After the shock and disappointment of not being awarded the Birmingham Airport contract, we gathered our senses, once more then we were off again. A Laing subsidiary EPL International Ltd Midlands Depot was based in our premises at Stechford, needless to say they were very upset that a good relationship had been tarnished and were worried that there could be a backlash, but there wasn`t, as long as they continued to pay their rent!  We carried out many contracts of site clearance, earthmoving and civil engineering in the expanding towns of Telford and Redditch for Main Contractors Wrekin Construction and Sir Alfred Mc Alpine, good companies, sadly neither of whom are in business today. 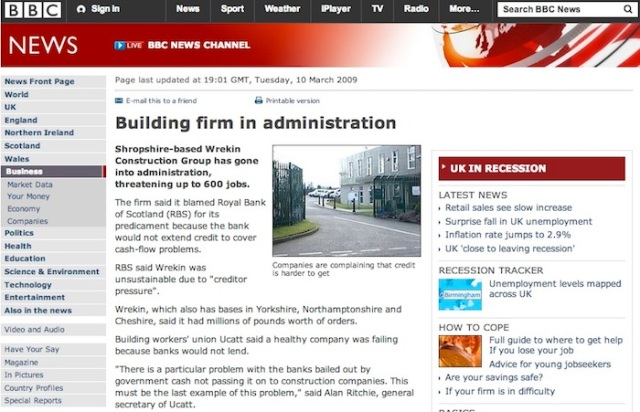 Mc Alpines in particular were hard task masters, but always straight and fair, we were busy again because we could vary our wide range of activities in a very competent manner. Mc Alpine Plant Manager Bill Kinsey appreciated what Colemans were about, a very good working relationship developed. Dave Trotman was one of the muckshift (earthmoving) foremen; Dave was a giant of a man, jet black hair, a roar worse than Concorde, but he had a warm smile, a Mc Alpine man through and through, no airs or graces about Dave! The first time he called for me to meet him, we were working on a site in Redditch where we had 977`s, 951`s, D8`s, D6d`s and a fleet of Maggies working on site 07:00 to 19:00 Monday to Friday 07:00 to 16:00 Saturday and Sunday, with one hour break each day, during which the machines would be refuelled and greased.

The afternoon was warm, we were having a general chat prior to going on site, Dave overheard something on the site radio that he did not agree with, as he turned bright red with rage, he asked me to wait for him to return, I had little alternative but to willingly agree. A transporter had just delivered six new Land Rovers to site, one was for Dave, he grabbed the keys, jumped in and roared off up the site to where, from the embankment, he could see two Motor Scrapers parked behind a hedge, the drivers chatting over a smoke. Dave immediately raced down the embankment, across a plateau at the bottom, through a gap in the hedge to where the stationary scrapers were, completely forgetting about the ditch to the back of the hedge, drove the brand new Land Rover to a juddering halt as it hit the far side of the ditch. His mind was focussed on the scrapers, running upto them, then in no gentlemanly way sacking both drivers, radioed the site office saying, no shouting, no roaring. “Get replacement drivers for the scrapers, I want my old Land Rover back, this replacement`s no ——- good, it can go back to where it came from its ——- useless, no good to me the way it is, oh yes tell Dave Coleman to come with whoever brings it”. I wondered what I was going to witness, by the time we had arrived at the scene of the new Land Rover, bent and buckled in the ditch looking very sorry!

We went to the part of the site where Coleman`s plant was working, Dave said to me “you know mate (yes, pleased to say I was his mate) if all my blokes on site were as good as yours, I`d have no worries!” just as he said that one of our Maggies bumped into a McAlpine site tractor. My heart stopped, having just witnessed the `wrath of Trotman` I was sure that I knew what I was in for, by the time we got to the scene, the minor damage had been sorted, both truck and tractor had carried on working, blood pressure remained stable. We worked on many sites together rarely did we have problems, either way!

To learn more about the Coleman & Company story why not have a look at our book – 50 Years of Progress.