The things that we have to do.

Posted on March 13, 2013 by davesdemolitiondiaries 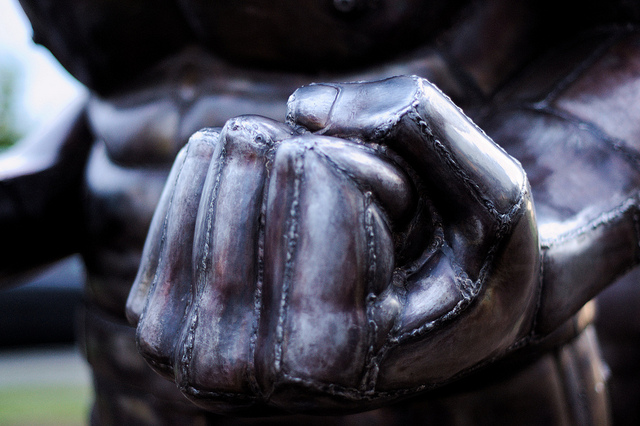 Some people rule with an iron fist….

The Packington Land Fill Site near Coleshill, formerly a sand and gravel quarry, I remember as a boy going with my Father when he would collect materials from the quarry in the 1950s. Now as a Land Fill it was part of the Packington Estate, Warwickshire, and owned by Lord and Lady Aylesford, controlled, operated and ruled with a “rod of iron” by Mr. Anthony Biddle; he was one on his own. He had tarmac site roads for all lorries to travel over, to save the vehicle owner expense of damage, but woe betide any driver who did not obey the strict site rules to the letter, they and the company they worked for would be `banned from the site` for a period of time dependant on the severity of the misdemeanour. His alsatian dog used tremble when its name was called. He had areas of the site that had been completed, top soiled and seeded, then fenced with sheep grazing contently. He certainly was an unusual character, love him or loathe him he was a character that you could not help but respect, because, everyone always knew where they stood with Mr. Biddle!

Coleman & Company’s screenplay debut didn’t quite go according to plan….

As part of the restoration project Coleman secured work for many machines, Mr. Biddle was applying for planning permission to extend the site, in support of his application, he decided to make a film of the site to present to the Council, to show how well the site was operated, even though the Council Committee had previously toured the site by coach. Film day arrived, it had been decided that the film would initially start by illustrating the plant and equipment that was employed on site.      All the machines, at the ready, cleaned with tracks dug out, were lined up to follow the foreman’s Land Rover once the signal was given. The signal was that Mr. Biddle would drop his handkerchief once he had got a good vantage point from a nearby tree, oh dear, all seemed to be going well, the signal was given, the Land Rover moved off followed by Packington’s own plant, then Colemans plant that consisted of two D8 & Scrapers, a D6 dozer, two Cat 225s and four Volvo Dumptrucks. So far so good, the convoy moved off, except that one of the Coleman Dumptruck drivers needing a `call of nature` decided to relieve the pressure on his bladder against the wheel of the truck that he was driving, not realising the signal to start moving had been given. Mr Biddle was not pleased; in fact he was wild with rage, tearing a strip off the offending driver, making sure that a similar reoccurrence would not happen again, he lined all the plant up once more. When back in his vantage point in the tree the signal was given to start moving again, as before, all went well but this time the same dumptruck driver was now reading his news paper, again not realising that once again the signal had once more been given. Mr. Biddle wild with rage threw his camera to the ground which shattered into many pieces, then he fell out of the tree, thankfully not hurting himself. He decided to stand all Coleman plant sending the drivers off site, until I went to see him.

I had been taking a few days holiday, in Ireland, at the time, that didn’t matter; he would not speak to anyone at Colemans except for me, so returned home to face the wrath and fury of a man that I could ill afford to fall out with. I spoke to one of our long serving employees who had been on site, Arthur Quinn, who I knew Mr. Biddle favoured, I needed to get the exact story of what happened, I could only imagine the situation, we couldn’t help but to end our conversation in raptures of laughter. I decide the least that Colemans could do was to replace the shattered camera, I bought a new state of the art cine camera as a replacement. Then I went to Mr. Biddle`s office, in Packington Hall, to face the music. I was kept waiting for an hour or so, through the closed door came the ROAR for me to enter, on doing so I noticed the Alsatian lying under a side table trembling with fear, I was not sure whether that fear was for me or for itself? I knew that whatever I said would not placate the man, even though I had interrupted my short holiday to return to see him, I was told “I would expect nothing less!” I just sat and endured. When there was no more steam to be released, things calming down, we chatted about the work, the site, the work that Colemans had starting that would mean materials coming into Packington, we had a cup of Coffee, I presented my mate Tony with his new camera to replace the shattered one that was strategically positioned on his desk, he was delighted, he hugged me, even the Alsatian got up and came over wagging its tail in a rare anxiety free moment. All was well, we all went back to work best of friends, oh yes, Tony did take the film on his new camera, and then with letters of support from his main customers he got his Planning Permission. Packington then went on to harvest Methane Gas that was produced from the waste tipped in the land Fill, using same to generate electricity; I believe that his was the first such plant to be operated in the U.K. It was a credit to a remarkable man, who I admired and for most of the time was indeed fortunate to have known.

To learn more about the earthwork services we provide please click here.